Who knew being BAD could be so GOOD
Cart: 0 Items $0.00
Close
john@badassvegan.com
HomeBadassvegan of the Month2012Mr. September 2012 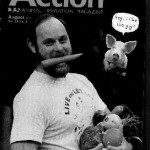 Where do you live and where are you from? Now residing in Coconut Creek, Florida (But consider Maui, Hawaii home still)

What do you do for a living/profession?   I tell people that I’m the little boy in the story “The Emperor’s New Clothes” running around the world telling everyone that the Emperor is naked!!!   In fact I’ve been in the medical and scientific field for almost 40 years now.

What do you like to do for fun?  My two favorite things are scuba diving and kayaking, but anything in the water is enjoyable for me. I can snorkel for hours at a time. I also love being in the jungle or in a deep forest. I feel at home in the middle of nowhere.

How long have you been vegan?   26 years ago I weighed almost 300lbs and had a malady of illnesses that no 30 year old should have. I was a man of science and all my doctor friends said I needed to have surgery and take pills the rest of my life and  I knew there had to be a different choice, but I didn’t know of one. I left in search of answers to questions I didn’t even know. I stopped off to say goodbye to my crazy sister, who lived in this vegan commune, and low and behold, I met my mentor, Dr. Michael Klaper MD. For years my sister had touted the moral and ethical values of a vegan diet, but I was a man of science and couldn’t wrap my head around that fluff, but he was a man of science, and he explained the anatomy and physiology of the human body in a way I’d never heard, but that made total sense to me. In modern medicine they want you to turn off your common sense and free thinking and literally memorize the  books they put before you. Rather than put you back on track, they would rather treat your symptoms and continue making money off your long term “created” illnesses! Dr Klaper showed me that if you do the right things to your body and your mind, that most if not all that is wrong, or out of balance, will restore itself, and right the ship, so to speak.

Why did you become vegan?  My transition was nothing short of miraculous. Talk about the perfect storm, I was literally “Alice” through the looking glass. I went from full on carnivore (my last dinner was a 2 inch thick steak, cut with a pocket stuffed with oysters, fried mozzarella sticks, German Chocolate cake, alcohol, coffee and cocaine to end the night with.) Here I was going on this walk the next morning with Dr. Klaper, him 6’5” and thin and me 5’9” and 300lbs of rolly polly. We looked like Mutt and Jeff! (old cartoon reference for you youngsters lol) We went on what I now call my “2 Hour Walk to Truth”. Dr Klaper reached me as no one had ever done before, and by the end of the 2 hour walk I totally grocked

the whole idea. The fact that it wasn’t just a diet, but a chain of things that actually led to a lifestyle change. My whole prospective of life had flipped! As a carnivore, because you eat the animal, using it, or it’s parts was part of your lifestyle and you didn’t think twice about it or the consequences that it brings. Since I no longer have to eat the animal, then there is no need for it’s hide/skin/fur or it’s by-products, and if I don’t need them to live comfortably and healthy, then all the bad consequences that happen due to their production like land, water, and air contamination and depletions also don’t have to happen, and the bigger picture is a world that is fully sustainable even with the amount of people we have on it now. But we need to act fast and help each other as much as possible to achieve this. So in 2 hours time I went from being a total carnivore, hunter, fisherman, and medical mess, to a guy that went and buried thousands upon thousands of dollars of rifles, handguns, fishing equipment, leather clothes and shoes, furs, things that now I’m embarrassed to even admit to! So began my new second rebirth as a total vegan. I spent many years learning from the commune and all it’s compassionate new teachings. I learned to separate FACT from rhetoric and other misinformations. I learned the importance of seeing and doing it yourself, and learning a bit of every field and experience. Knowing is facts, and there is nothing more powerful than facts, because knowing gives you confidence and knowing eases your fears. By being and living and working with other vegans all over the world for 26 years, I am a vegan fact machine! To be able to have transformed so completely, so fast, with such incredible support and love all around me, is nothing short of a miracle. (which is really something coming from a guy who doesn’t have a belief in a GOD being who looks over us.) It was an incredible opportunity and I was wise enough to see it. (I thank James Redfield for the Celestine Prophecy a great book that taught me about insight, awareness, and seizing opportunities when they arise.)

FYI, after my first year of being a vegan, I had lost over 60lbs (100 after 2 and then I just plained within a 10 lb range) My breathing had totally cleared up, as had my arthritis. My heart and gastric problems had all but disappeared, and I haven’t had a diverticulitis attack again since becoming vegan. Yeah!!!!!!!!

How was your transition?  That’s easy! Waking up each morning and knowing that I’m doing the right thing.
What is the funniest misconception(s) that you have heard about vegans?  When I used to do the radio talk show circuit the producers would tell the DJ that a vegan guy was coming on his show to bring vegan food and talk about it. They’d be talking on air about how they expected this tall, skinny, long haired, pasty, anemic looking guy with a bowl of sprouts or something like that, and I’d come in to the studio all buff and tan, (I’m 5’9 around 200lbs and quite muscular) small neatly trimmed beard and hair, and dressed fashionably (in the best thrift store clothes money can buy hahaha) and carring a tofu cheesecake, or chocolate raspberry cream pie. Something to really knock their socks off. Those were the greatest reactions and the best turn arounds!

What is your the best vegan dish that you make in your kitchen?  Right now I am hooked on Quinoa Fruit Salad.
1 C quinoa (cook it up and let it cool), chopped up strawberries, mango, blueberries, drizzled in a dressing made of agave lime and mint…. served cold. delicious.
Also hooked on RAW Brownies. Toss the following into a food processor and blend:
1C pecans, 4 tbs raw coco powder, scant of salt, 2 tbs agave, coconut (optional), I C dates.
When it’s all blended, press down into a pan using fingers, refrigerate, enjoy 🙂
What is the best Vegan Restaurant you have ever had the pleasure of eating at?   Besides my own you mean lol. (I was part owner of the “Veagan” resturant on Maui, Hi for 5 years.) I like the Millenium in SF and Angelica’s Kitchen in NY. In south Florida they have “Sublime” which is a real nice and fancy place with great ambiance, but the food can be hit or miss, but it is the best we have down here so if your in the Ft. Lauderdale area. 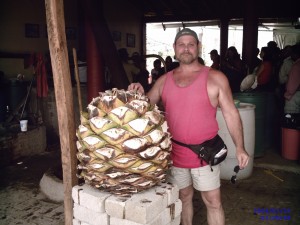 What advice do you have for those that are thinking of transitioning to a vegan lifestyle?   DO IT!!!!!!  Don’t think about it just do it.
Do you have a website to share with the BAV nation?
If you need help, contact me or see my website www.brookkatz.com I’ll steer you to whatever port you need!